We wanted to try to get as much chemicals out of our school system as possible. In the Griswold System we are able to monitor it more closely than we can with a chemical system… It works. Here’s the proof. And I also say, “Look how much we’re going save by not using chemical, and how much we are saving by not using as much water.” And another thing I like about this system is it is able to email reports. We not only get the printout report, I actually talk to the person who did it so we have a human reaction to anything. He will actually say, “Hey Larry, you have a drip coming out of the South corner of the cooling tower,” and that is a big asset to us. So far we have been very successful with the Griswold System and it’ll be five years old in January. (2015) I think the Griswold System is really working out for us.

My overall impression of the IntegraClean System, now that I have had an opportunity to review the data and make my own visual inspection, and compare it to the systems I have evaluated over the past ten years is: this system is different, it is not another me too. When you marry the Wave reaction chamber with the IntegraClean filtration system and with sump sweepers which is very important, couple that with the Precipitation Matrix and throw in a little bit of that remote monitoring, I think you really have got the full package that, to me, is head and shoulders above what’s out there right now. I think Griswold had got something here.

I’ve been in the water treatment business since 1980. One of the things I have been working on for the past 6 or 8 years is operating systems with minimal chemicals or no chemicals at all. I prefer my people not to have to handle chemical, not to have to carry it upstairs, not to have to change the drums out. Non-chemical from an employer standpoint is an advantage for the safety of my employees. Job safety is much improved if we don’t have to handle chemicals. We don’t have a concern that we are going to run out of chemical or that a chemical pump is going to fail and therefore, cause a problem in the system. We actually have a higher reliability with the Griswold Wave System as compared to chemicals. I feel safer because there is less likelihood of having a system excursion

A big part of the success has been Griswold’s monthly service and their online monitoring. On a couple of occasions, they have called me in the morning to check for a stuck tower float valve before my maintenance men even found it. It’s perspectives and paybacks like this that are only realized years later.

The one thing we are most impressed with is the fact that the Heat Exchanger is now working so well. With the aid of two Waves, we can finally achieve the manufacturer’s specified flow through our heat exchanger and keep it free of scale and deposits. During a bad heat spell in July of 2006, our cooling tower was barely able to keep the water temperature below 87 degrees F. Fortunately, our heat exchanger was working at 100% efficiency, so we were able to keep our cooling water at 87 degrees F as well. In years past, we have seen 10 degrees difference between the sump water and our Cyclotron water from the heat exchanger. If that had been the case last month, it would have been enough to take us off-line.

A Griswold water treatment system was installed in the library cooling tower during 2009 when Rollins College Facilities decided to evaluate different products and practices to reduce chemical use and to save water utilized by our industrial water systems. Since the WaveTM is different from chemical-based systems, the support I received from Griswold to train our staff and answer questions or concerns was critical to success. Any time that I had a question, or needed assistance or advice to maximize the water savings and efficiency of the Wave system, the Griswold team response was professional, thorough, and timely.

The team at Griswold helped every step of the way, keeping us on track and achieving the success we have to date. The customer support is great and the core competence of this company is very strong.

Our cooling tower is currently fitted with two Griswold Water Systems WaveTM systems. Each one has worked incredibly well. We have completely eliminated our chemicals, the bacteria count is lower, and our mineral scale problem is virtually gone. We have continued testing our water over the past seven months, and the bacteria count had dropped from 100,000 cfu/ml when we used chemicals, to 2,000 cfu/ml. We used to have a bad scale problem in our heat exchanger that was very expensive and time-consuming to clean. We are happy to say we don’t have to deal with that any longer.

The system at our facility is a four cell open tower, two tank (chilled and process) system with water capacities of 3,000 gallons in the towers and 5,500 chilled/process tanks. Independent testing confirms the results in the Griswold Water Systems monthly performance report. The entire system has seen tremendous improvement. We no longer have slime in the system, the foul odor is gone, and the turbidity is that of drinking water. Heat transfer efficiency has improved dramatically in our injection molds and molding machines. 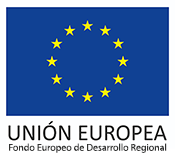 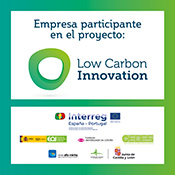